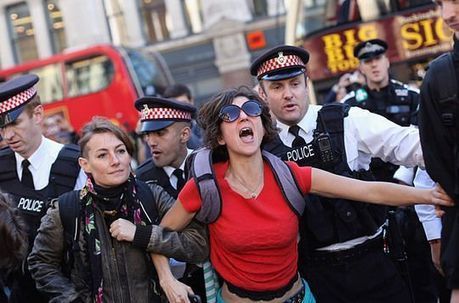 Occupy London demonstrators have been listed as domestic terrorists by the City of London Police, who characterized them in the same context as Al-Qaeda, the Colombian FARC and Belarusian terrorists who bombed the Minsk underground.   The US Department of Defense is now training its personnel that protest amounts to “low-level terrorism” through tests that DoD staffers are required to take on a yearly basis.
Via www.activistpost.com