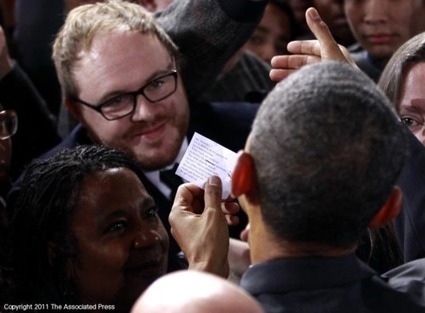 “Mic check, Mr. President.”   “Over 4,000 peaceful protesters have been arrested while bankers continue to destroy the American economy. You must stop the assault on our 1st Amendment rights. Your silence sends a message that police brutality is acceptable. Banks got bailed out. We got sold out.”   And Obama and the mainstream Democrats – while pretending they support the Occupy protesters – are working against everything they stand for.
Via www.washingtonsblog.com