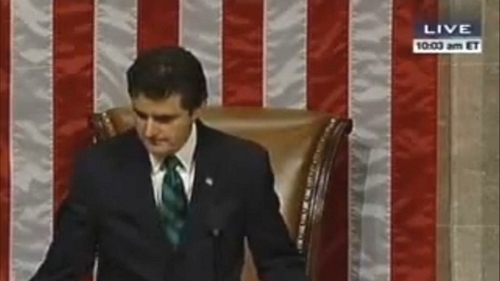 Republicans censor Democracy.   Moments later, someone at C-SPAN took to Twitter and explained: “C-SPAN has no control over the U.S. House TV cameras – the Speaker of the House does.”   It’s for reasons just like this, one might infer, that Boehner told C-SPAN back in February it would not be allowed control its own cameras.
Via www.rawstory.com