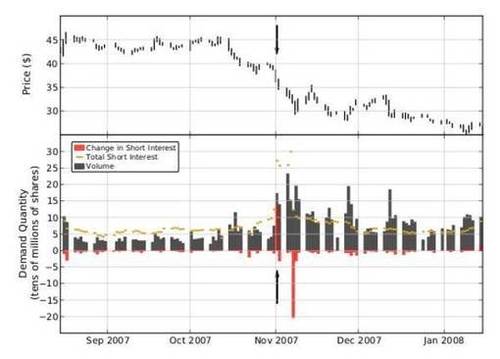 A paper from the New England Complex Systems Institute claims that they have found evidence that traders executed a “bear raid” on Citigroup in 2007, precipitating the financial collapse.   “Bear raids” have been considered a risk to markets since the Great Depression, and a financial regulation called the “uptick rule” was instituted in 1938 to prevent the tactic. The uptick rule was repealed in in July, 2007, and the alleged bear raid took place in November, 2007.
Via boingboing.net