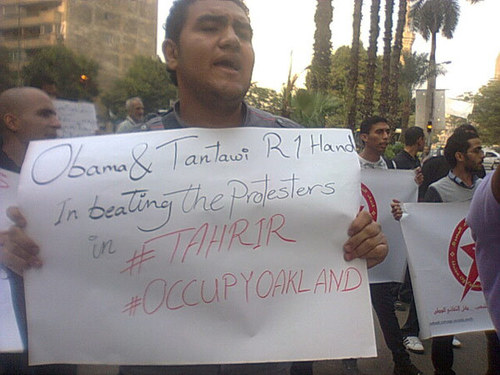 As they vowed earlier this week to do, Egyptian pro-democracy protesters marched from Tahrir square to the U.S. Embassy today to march in support of Occupy Oakland—and against police brutality witnessed in Oakland on Tuesday night, and commonly experienced in Egypt.
Show original