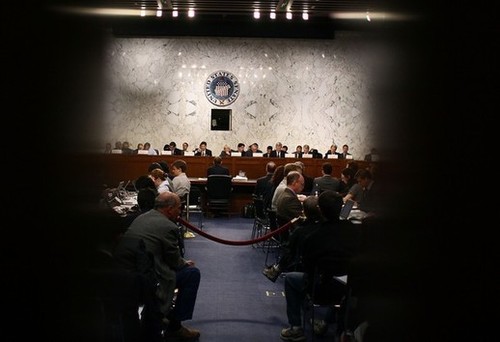 With the House having voted 406-17 to “close” portions of the meetings and avoid public scrutiny, members from both chambers and both parties are meeting in a secretive conference committee to work on reconciling the differences between the House and Senate versions of the bill.   On the military detention provision, their main task is going to be to find a solution that can pass both chambers (again) and not draw a veto from President Obama.   Contrary to popular perception, the Obama Administration is not strongly opposed to the provisions in the bills that would authorize indefinite military detentions for U.S. citizens.
Via www.opencongress.org