Via Scoop.it – Internet of the absurd 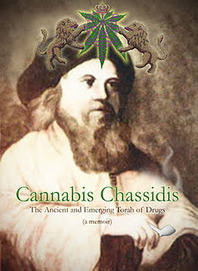 The book Cannabis Chasidis: The Ancient and Emerging Torah of Drugs is an insightful, if puzzling, exploration of what Jewish sources think about drugs and chemical experimentation. The author, Yoseph Leib, hails from a traditional, observant Jewish background–but the wisdom given over in Cannabis Chasidis is anything but traditional.   Leib combines his own thoughts with ideas and quotes freely appropriated from Jewish texts and sages. He quotes Genesis, saying that God gave humanity “all seed-bearing plants for consumption” (1:29)–including, presumably, marijuana. And he retells Rabbi Nahman of Bratslav’s admonition that each blade of grass “has its own song, its own power to heal, and its own angel, telling it to grow”–a testament, according to Leib, that even marijuana has a special “healing power.”
Via cannabischassidis.blogspot.com