Nothing Grows Forever; Why do we keep thinking the economy will? 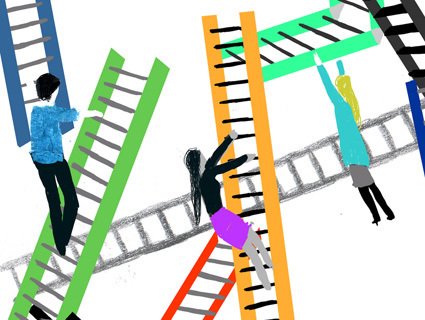 There is a lot of truth in this article’s diagnosis, but like so many other “Limits to growth” arguments, it doesn’t get how transformative Science and Engineering can be. Just like Moore’s Law itself, each step of growth (tech) has a limit, but as that limit aproaches, a new paradigm emerges that allows for another step function in growth.   But it does require a PARADIGM SHIFT. You can’t keep going on the way we are going before. We can’t keep burning Fossil Fuels. We can’t keep having some folks working 80 hour weeks and others not working. We can’t keep the whole concept of work for pay ether. There are many jobs that need to get done, that there is no conventional way to pay for. The goal of 100% employment is absurd. Those who are working are working too hard. You shouldn’t have to work just to survive or even to thrive. And yes that means that some percentage of the world will sit around and watch TV or have electrodes stimulating their pleasure centers all day.    But as the Open Source world has shown, many people will work without pay because that is what they get pleasure from. If more people could pursue what they are interested in and not have to worry about surviving, we would be much better off.   That does require whole new societal structures and institutions. It would be good if we started to think and talk about that instead of how we’re going to cut Social Security.   One immediate example is to stop the Finance Parasites from sucking over 30% of the GDP into thier own pockets (they are not reinvesting in anything other than their political cronies bribes (aka campaign contributions). That’s potential investment that could be used to transform our fossil fuel addiction to renewable sustainable energy. Once you invest in the infrastructure of renewable energy, you don’t have increasing energy costs, which illiminates the primary cost of goods and services and the primary cause of inflation.   Most large corporations are about creating artificial scarcity so that they can extract monopoly rents. We have to stop that immediately.   And then there is the War Machine. The biggest waste of resources in so many dimensions.   We fix just those three things and we could have a significant wave of abundance and freedom to create the future.
Show original