Progress against SOPA. Still more to do to stop the Destruction of the ‘Net 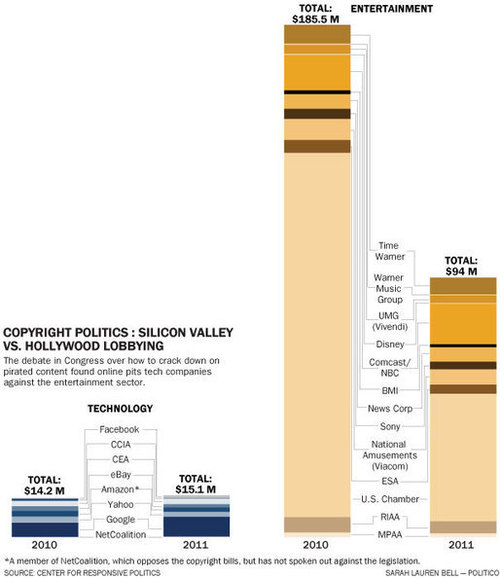 I also wanted to take a minute and thank everyone who called or wrote their Congressperson to speak out against SOPA and PROTECT IP. As a result of people speaking up in the last few days, a lot has happened:   – Republican Representative Darrell Issa and Democratic Representative Nancy Pelosi came out against the bill. Rep. Issa said “I think it’s [SOPA] way too extreme, it infringes on too many areas that our leadership will know is simply too dangerous to do in its current form.”   – On the Senate side, Maria Cantwell, Jerry Moran, and Rand Paul all came out against PROTECT IP.   – The European Parliament passed (by a large majority) a resolution criticizing SOPA. The resolution emphasizes “the need to protect the integrity of the global Internet and freedom of communication by refraining from unilateral measures to revoke IP addresses or domain names.” …
Via www.mattcutts.com