The Icelandic Model of Handling Debt Crises: Make the Banks Fail and the Creditors Pay 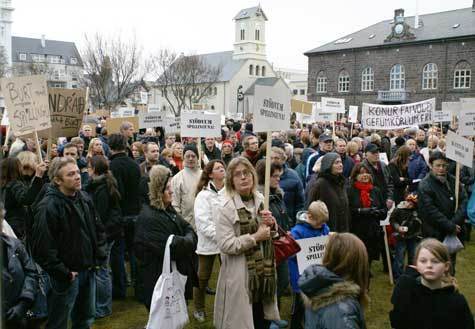 Iceland’s reactions to its banking crisis offers lessons both for Greece and Occupy Wall Street protesters.   Iceland, in 2009, did what Greece would like to do now: it let its banks fail, and told their creditors to take a hike.   Two years on, Iceland’s economy is recovering, while Greece and Ireland and other euro-zone members struggle with huge taxpayer-funded bank bailouts and austerity measures that will probably fail to create jobs.
Via www.miller-mccune.com