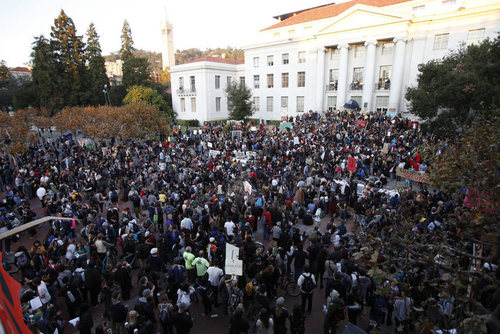 Once the cordon formed, the deputy sheriffs pointed their truncheons toward the crowd. It looked like the oldest of military maneuvers, a phalanx out of the Trojan War, but with billy clubs instead of spears.   The students were wearing scarves for the first time that year, their cheeks rosy with the first bite of real cold after the long Californian Indian summer.   The billy clubs were about the size of a boy’s Little League baseball bat. My wife was speaking to the young deputies about the importance of nonviolence and explaining why they should be at home reading to their children, when one of the deputies reached out, shoved my wife in the chest and knocked her down.
Via boingboing.net